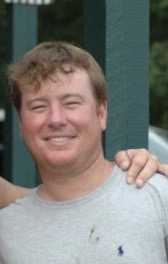 Dustin Michael Osborn passed away on December 24, 2019. He Completed Southminster Day School in Vestavia before entering Indian Spring School, where he was a fixture on the school’s soccer and golf teams. Dustin also attended UAB and later worked with AT&T throughout Mobile and Baldwin counties. For the latter part of his life, he called Daphne, AL home. Dustin enjoyed good wings, barbecue, and Alabama football, but his greatest passion was golf. Dustin delighted in any day spent on the fairway. He was a kind, good-natured, and humble man that will be missed by friends and family alike. Dustin is survived by his mother, Tammy Nabors, father, Mike Osborn (Leta), grandmothers, carol Fogle and Mildred Osborn, brother, Christopher Osborn, sister, Meghan Rice (Drew), nephew, Kenneth; along with many cousins, aunts, uncles, and friends who loved him dearly. He was preceded in death by both grandfathers, Edward Osborn and F.R. Fogle and his uncle Mark Fogle. A celebration of life is scheduled for Monday, December 30 from 2-4 pm at Dustin’s childhood home, 280 Rockford Rd in Indian Springs, AL. In Dustin’s Memory, the family encourages your consideration of organ donation and requests donations to the American Liver Foundation at liverfoundation.org or Indian Springs School.