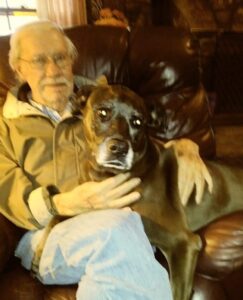 David John Gibbs of Pelham, passed away peacefully on October 5, 2020 at the age of 75.
David was born January 6, 1945 in Rockford, England to father, James Gibbs and
mother Margaret Champion Gibbs, both who preceded him in death. David is also preceded in death by his brother, Lindsey Gibbs.

Growing up, David was able to travel a lot due to his father’s military experience. He was born in England during WWII, came to the United States, and then graduated high school in Turkey. He graduated college from The University of Alabama in Tuscaloosa, then joined the military and served with the United States Air Force in Italy. David had many hobbies including riding his Harley, Alabama football, English soccer, history and painting. He loved animals, especially his beloved Cece who he adopted from the shelter twelve years ago. Family was very important, and he loved being Grampy to Lilla, Alijah, Ryder, Sylas, and Lennon.

Everyone David touched in life is going to miss him dearly, especially his dry English sense of humor.

In lieu of flowers the family wishes donations to be made to Shelby Humane Society at https://app.mobilecause.com/form/J5Ys1g?vid=cfnbo