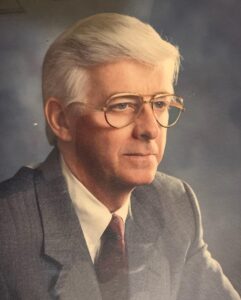 Dr. J. Thomas Williams Jr. passed away, Monday, March 22, 2021 surrounded by his loved ones. Tom was born November 14, 1937 to Joseph Sr. and Pearl Oates Williams in his father’s house on Flint Street Rock Hill, SC. He graduated from the Winthrop Training School in Rock Hill.  Following graduation, Tom attended the School of Pharmacy at the University of South Carolina.  Tom graduated from the School of Pharmacy in 1960, and later earned his Medical Degree from the Medical College of South Carolina. Tom began his internship with St. Benedict’s Hospital in Ogden, Utah in 1965 and opened his General Practice in 1967.

In 1967, Dr. Williams enlisted into the United States Army, where he fought in the 101st Airborne Division in Vietnam, where he was the 326 Medical Battalion Commanding Officer at HQ Camping A; he later was honored with the title of Captain. During the next two years he was awarded with a Bronze Star, Bronze Star 1st Oak Leaf Cluster, Army Commendation Medal, Army Commendation for Valor 1st Oak Leaf Cluster, Combat Medical Badge, Purple Heart, and the National Defense medal. Dr. Williams was honorably discharged from the Army April 15, 1970 at the rank of Major.

Dr. Williams began his General Surgical Residence at Charlotte Memorial Hospital in North Carolina in 1969. Following his residency, he continued his passion for serving others and started a fellowship in 1973 in Thoracic and Cardiovascular Surgery at the University of Texas Health Science Center in Dallas, Texas. In 1975, Dr. Williams moved his family to Birmingham, Alabama where he opened his own Thoracic and Cardiovascular Surgical Practice serving many hospitals in the Birmingham and Jasper area. He later served as Chief of Surgery Residents for the Baptist Medical Centers.  He was honored with a portrait in the hallway of Princeton Baptist Medical Center for his invaluable services over the years.

There will be a Funeral service held at the Charter Funeral Home Chapel located at 2521 US–31 Calera, Al. 35040 Sunday, March 28, 2021 at 3 pm. The family will be accepting visitors an hour before hand for visitation. Thomas will be laid to rest in a private service at the Alabama National Cemetery