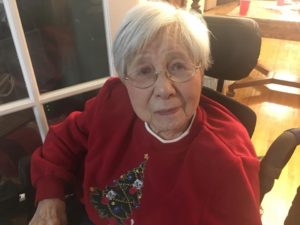 Kim immigrated to the United States from her native Japan in 1951. In the course of only five
years, she completed an undergraduate degree in mathematics and chemistry at Radford College,
and MS and PhD degrees in statistics at Virginia Tech. Many years later, she was also awarded a
doctorate in mathematical engineering from Tokyo University. Her close and active
collaboration with L.R. Shenton, her PhD advisor at Virginia Tech, focused on the distributional
properties of estimators based on non-normal data, and continued for 45 years.

Kim was a member of the scientific staff of Oak Ridge National Laboratory for 50 years, and
remained active as a researcher and collaborator with ORNL staff for many years after her
retirement in 1994. Kim is fondly remembered by colleagues at ORNL as a tireless, enthusiastic
and dedicated researcher. She authored or coauthored 3 books and more than 200 articles during
her career, was the recipient of many awards, was a fellow of the American Statistical
Association and the American Association for the Advancement of Science, and was an elected
fellow of the International Statistical Institute and the Institute of Mathematical Statistics. Her
remarkable career was featured in Statisticians in History, a special issue of the Amstat News
(September, 2008).

Kim is survived by a son, Robert Noah Bowman and spouse Cheryl, two grandsons, and one
great grandson. Donations in her name can be made to the Kingwood Church, MAPS Honduras
Alliance, 100 Harvest Way, Alabaster, AL 35007.