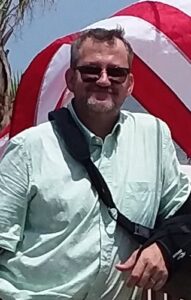 On August the 9th 2014 I met the man I would marry.  I lost this man on August 9th 2020.  Tim was one of the sweetest people I have ever met and he would help anyone he could.  He loved Dr. Pepper, chocolate ice cream, peanuts, fried pork chops & fried chicken. He was born on March 18, 1973.  He graduated from Montevallo High School and later that summer he went to work at what is now Charmeus Lime.  We celebrated our 5th wedding anniversary on 7/11/20 and he celebrated his 29th anniversary at work on July 12th.  He was predeceased by his dad & mom David & Carolyn (Reeser) Norsworthy.  He is survived by his wife, Susan (Parker) Norsworthy of Montevallo, daughter, Courtney Marie Norsworthy and grandson, Cody Lane Norsworthy of Clanton. Other survivors include: CL & Donna Smith, Chris Smith, Brian Smith, Chadd Culp, Julie Johnson, Mary Ann Parker, Bobbie Parker Headley, Mike Parker, Liz & Larry Jenkins, Roger & Cornelia Brown, Steve & Brenda Brown and numerous nieces and nephews & great-nieces and great-nephews. Services will be held in the Charter Funeral Home Chapel on Friday, August 14, 2020 with a visitation from 12:00 p.m. – 1:00 p.m. with a service to follow at 1:00 p.m. Burial will be in Montevallo City Cemetery. In lieu of flowers family ask for donations be made to the Shelby County Humane Society in his name.