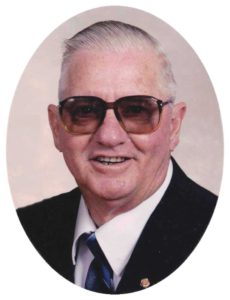 Ed served in the Navy and retired from Birmingham Police Dept.

He was preceded in death by his wife, Annie P. Roper Johnson and his parents, James Walter and Loney Estelle Reid Johnson, a brother and four sisters.

In lieu of flowers the family request that donations be made to your favorite charity.