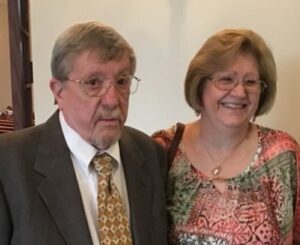 Luther Harrison “Harry” Higdon, CPA age 80, of Leeds, Alabama, passed away on December 12, 2020. He had a wonderful sense of humor and loved his family and friends. He is preceded in death by his parents, Ellis and Margaret Higdon. Harry was a veteran of the U. S. Navy where he served as a Hospital Corpsman and a graduate of the University of Alabama with a degree in Business Administration. Harry retired from the Leeds City School System as the Chief Financial Officer. He is survived by his wife, Inez Higdon and two brothers, Arthur Higdon and William Higdon (Loraine) of Alabaster, Alabama. He is also survived by his children, Thomas Higdon of Birmingham, Alabama, Catherine Bedard (Tony) of Los Angeles, California, and Denise Smith of Pell City, Alabama. He is also survived by two grandchildren Jules Bedard of Saluda, North Carolina, and Nia Smith of Pell City, Alabama.