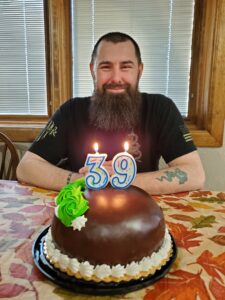 Jason B. Reeder, born March 18, 1982 in Ogden, Utah, passed away unexpectedly at his home on June 19, 2021 at the age of 39.  Jason was a Staff Sergeant with the United States Air Force working as a Crew Chief on F-16s in the 389th Fighter Squadron.  He then became a highly sought after Master Diesel Technician and an extremely loving and dedicated family man.  He is survived by his wife, Christine; five children, Luke, Mikayla, Gus, Jacob and Kodi; stepson, Aidan, as well as parents, Dana and Teri Booth; siblings, Nicole, Kristin (Jared), Stacie (Joe), Erik (Amber) and Keri, as well as many nieces and nephews.

Services will be held at Charter Funeral Home in Calera Tuesday, July 6 from 5 to 7 pm.  Wednesday, July 7 there will be a short service at noon at the funeral home, followed by the ceremony at the Alabama National Cemetery in Montevallo. 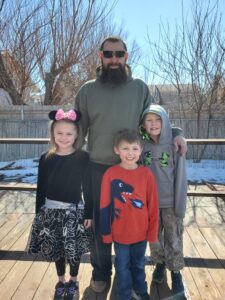