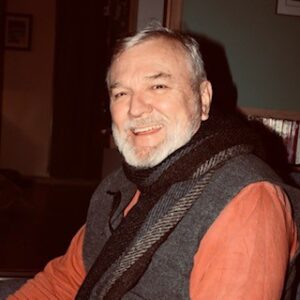 Robert (Bob) Hester passed away Sunday November 1, 2020 at home with his family. He was born in Birmingham, Alabama.  He grew up in Crestline and Vestavia.

Bob is survived by his wife of 53 years, Marian Hester and his daughters, Kelly Hester, and Shannon Goodrick, son in law, Scott Goodrick and granddaughter, Emma Goodrick. Also his two faithful 4 legged friends, Happ and Haley.

Bob attended high school at Shades Valley High School, Homewood, Alabama and Gordon Military School in Barnesville, GA. He earned his BS Degree at Samford University, Birmingham, AL. He enjoyed a successful career beginning in Human Resources/Labor Relations with Genesco in Nashville, Tennessee. He worked for Harbinson Walker in Birmingham and then joined Borden Inc. (Bama). Borden transferred Bob to southern California where he moved into Operations. He was Vice President of Operations and then Assistant General Manager of multiple plants in Corona, CA, Indio, CA, Anaheim, CA and New Ulm, Minnesota. After he returned to the southeast he worked and retired from the State of Florida as Director of Volunteer Services. Among his many awards he earned were 1984 Chairman’s Award for Excellence in Employee Safety Performance, 1990 SQP Achiever in Industrial Foods, Community Service Award for Outstanding Service Big Bend Health Council 2004-2010.

Bob loved the outdoors and nature. His family has many happy memories of adventures hiking, camping, snow skiing, boating, fishing and traveling with him. A favorite was an anniversary trip where he and Marian hiked in the Wicklow Mountains in Ireland. He also loved to have friends and family together to cook barbeque and the celebration of holidays.