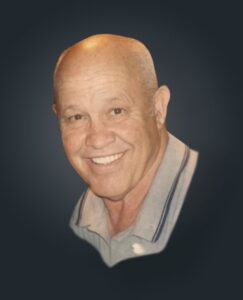 He was born in Louisville, MS to parents Floyd and Madge Hutto on April 7, 1940. Randy graduated from Woodlawn High School in Birmingham and received an athletic scholarship to Mississippi State University for football and basketball. He thrived at college football and went on to play for the Washington Redskins.

Randy was known for his settling presence, unbridled optimism and loyal friendship. He was the kind of Husband who always loved, the kind of Father who always supported and the kind of friend who never gave up on you. All that knew him experienced these traits in abundance and that continuously followed up with his big smile and the words “Never Give Up.”

After the NFL, his career started with Golden Flake, Inc. and then was transitioned back to his home town of Birmingham, AL in the Steel Industry to complete his career. He worked closely with many companies and was a trusted leader and communicator with every company where he was associated. He was also a Corporal of the US Armed Forces from 1963 to 1970 where he was awarded as an excellent marksman and received an honorable discharge.

The Service of Christian Burial will be held at St. Thomas The Apostle Catholic Church in Montevallo, AL on Friday August 28, 2020. Visitation will be from 10-11am with mass to follow at 11:00am.

In lieu of flowers or gifts, the Hutto family asks that you make a contribution to the Children’s Hospital Of Alabama at www.childrensal.org/donate-now

COVID-19 comments – To meet church and state social distancing requirements, St. Thomas The Apostle Catholic Church will seat 200 within the sanctuary and then an unlimited amount in the courtyard outside.