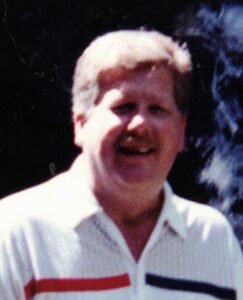 Clarence Edward “Butch” Gassner, Jr. went home to be with the Lord on Wednesday, June 24, 2020 at the age of 71. He was married to his best friend Kathey Smith Gassner for almost 52 years. He faithfully served in the U.S. Army, and diligently worked as a Civil Engineer for 40 years. Nothing brought more joy to Butch than being able to spend time with Kathey and his family. Family game nights and holidays were especially meaningful to him. Butch was a devoted and proud Pops and he could often be found at his grandchildren’s baseball and softball games, dance recitals, or school field trips.

Butch was gentle and kindhearted to everyone he met. He was a loyal, dedicated and faithful husband. He was also a loving son, a wise father, a welcoming father-in-law, a patient grandfather and a trustworthy friend, and he was absolutely remarkable at them all. He was a man of integrity and he was true to his word. He will be greatly missed but his legacy lives on in the hearts and lives of his family, friends, and anyone who was blessed to know him. We celebrate Butch’s life because of his personal relationship with Christ, and take joy in knowing he is healed and we will be reunited with him one day.

Due to Covid-19 there will be no visitation and minimal space at the funeral. There is no doubt Butch and Kathey’s friends and church families from First Baptist Pelham and former Roebuck Park Baptist will be with them in love and prayers. Services will be held in the Charter Funeral Home Chapel, Monday, June 29, 2020 at 1:30 pm. Private family committal to follow at the Alabama National Cemetery. In lieu of flowers family request donations be sent to Parkinson Association of Alabama or charity of your choice. Entrusted to the care of Charter Funeral Home.