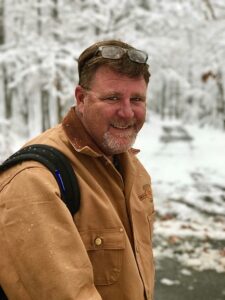 There are people who tiptoe through life, barely making ripples. Then, there are those who stomp so deeply in their journey, the earth is never the same. They change lives by seeing something in others’ mirrors others couldn’t see themselves.
We were blessed to be loved by a life changer named Chris Tangle. He had an incredible talent of spit shining the impossible and turning it into diamonds.

Chris died September 20, 2020, at home, as he requested, in the arms of his high school sweetheart.

Growing up, Chris bailed hay, played baseball and rode dirt roads around Vance and Brookwood High School until he found his true calling of education. He quickly rose to the top in his field.
Growing up on a pig farm in Vance, his journey took him across Alabama changing lives as a Morgan’s Raiders member at Marion Military Institute, a baseball player at Livingston and as an administrator, who led schools in Saraland, Alabaster and his favorite Demopolis. Every mile he found a way to make his impact.

Chris loved the simplest things in life. His two favorite things were people with no drama and places with no traffic. He grilled the greatest steaks. He loved country music and cowboy hats. He didn’t need to use words or noise to fill silence because just being next to him was enough.
While some found him unapproachable, the lucky ones found the truth. He was a steel-coated marshmallow who would give the boots off his feet to anyone in need.

Before his retirement as a principal, a graduating class at Thompson High School gave him an old school Rolodex of all their phone numbers because he preached to them and everyone else he met, he was always one short phone call away.
While his phone has died, his legacy lives on because during his short time on earth he never, ever tiptoed.
He stomped. Loudly.

As he was not a fan of flowers, the family requests memorials be sent to the Quarterback Clubs of Demopolis or Thompson High School or the Autism Society of Alabama.

Chris is survived by his wife Julie (Cain Ward), his children Hunter and Kelsey Tangle, his children’s mom Michele Bargman, his stepdaughter Riley Ward, his father Bob Tangle, his sisters Bea Dolihite and Teresa and Amanda Tangle and a village of extended family and friends who were touched by his life.

Go rest high on that mountain Coach. Your work on earth is done. Finally, he stopped loving her today.